To share your memory on the wall of Charles Infantino, sign in using one of the following options:

Provide comfort for the family of Charles Infantino with a meaningful gesture of sympathy.

Print
In lieu of flowers, please feel to make any contributions to the children of St Jude fighting cancer.
https://www.stjude.org/donate/donate-to-st-jude.html?sc_icid=wtg-mm-btn-donate-now

Charles was born in Rochester, New York, on a cold winter day, January 10, 1956. He was the first born to the late Samuel Infantino and Marilyn (Picone) Infantino. He grew up in the city of Rochester, NY., and had a happy childhood with his brother Thomas (Dino), amongst his loving parents and grandparents. He was a very active child who enjoyed playing football and baseball. He was full of mischief and laughs and loved life with authenticity. He did everything with grace and perfection.

During his early teens, Charles joined his father's family owned restaurant called Pillars in Rochester, where he worked as a dishwasher. It was there where he quickly learned that everything in life was about "negotiation". He transitioned into bartending and then finally to cooking where he enjoyed creating delicious dishes from anything available, following his father's motto "nothing was to be wasted". Charles developed his passion for food which eventually lead him to operate Pillars.

Married, with two children, he moved forward to enrich his passion for food by working for Palmer Protein Market, in Rochester, NY, where he acquired a vast knowledge of selling and purchasing of seafood and meat. Years later, this would become his career and accomplishment in life. In the 1980's Charles divorced, and moved to sunny south Florida. His prior experience in the food industry allowed him to work for a larger food distributor furthering his vast knowledge in the “center of the plate”.

In April of 2002, Charles joined Royal Caribbean Cruise Line, as Commodity Manager in the Food and Beverage Department. It was here that he met his future soulmate Yraida Alvarez, the woman he vowed would one day be his wife. A decade later his vision came true, Charles and Yraida began dating, and in May 2012 they were engaged. They became one and married on April 8, 2017.

After 11 years of service at Royal Caribbean Cruise Lines, Charles began a short stint with Sherwood Food Distributors that lead to his last endeavor with Ship Supply in Doral where he would end his professional career.

Yraida and Charles’ life and marriage were filled with lots of laughter, love, and happiness, but God had other plans.

Special Thanks to the staff at Seasons Hospice Unit for providing great care and ensuring his needs were met, and most importantly for keeping Charles comfortable during his last days.

Charles, we love you with all our hearts and will always carry your memory in our hearts.
Read Less

We encourage you to share your most beloved memories of Charles here, so that the family and other loved ones can always see it. You can upload cherished photographs, or share your favorite stories, and can even comment on those shared by others.

IRA & SONIA GOLDSMITH and Laura and David have sent flowers to the family of Charles Infantino.
Show you care by sending flowers

Guaranteed hand delivery by a local florist
AN

Posted Sep 19, 2019 at 01:34pm
Chuck!!!! Where do I start? That laugh of his? His passion for life? His love and knowledge of food? Smoke salmon and bagel day? He was what the French call a "bon-vivant" He could be the most refined one moment and brutally honest the next and I loved that about him. This is a guy who could handle himself in a meat-market AND make a flower arrangement on Friday that would make a florist envious. We needed him much longer on this Earth, souls like that make the world a nicer, more fun and tasty place to live. It's OK though, you didn't deserve pain and now that part is over. You will live in our memories and the sound of your laugh will never be extinguished. My deepest condolences to Yraida and the rest of the family.
Comment Share
Share via:
DC

Posted Sep 19, 2019 at 09:39am
I met Chuck at Royal Caribbean and right off the bat we made a connection. Chuck made me feel like I was back in New Jersey. He had that “Sense of Humor” that I grew up with. I have enjoyed our talks, our laughter his cooking and most of all drinking wine together. I loved it when Charles married Yraida. I am Blessed to work with her every day at RCCL. They both have that “Happy Fun” personality and they are a Perfect Match.
I will definitely miss Charles. May God be with you! Love Cabrera family.

Posted Sep 18, 2019 at 10:55am
My deepest sympathy for the family. Chuck was quite a character when I sold goods to Royal Caribbean he was a buyer he used to make my day and give me crap and always tryed to help me succeed I will always remember how he made me laugh and help me grow my business may he Rest In Peace. Mkay Patterson
Comment Share
Share via:
LD

Laura and David purchased flowers for the family of Charles Infantino. Send Flowers 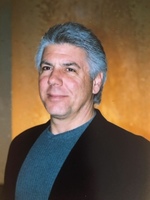 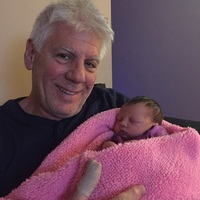 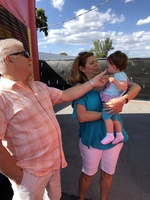 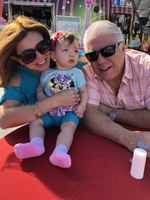