To share your memory on the wall of Dr. Marlegrecy N\'Ovec Ed.D., sign in using one of the following options:

Provide comfort for the family by sending flowers or planting a tree in memory of Dr. Marlegrecy N'Ovec Ed.D.

Provide comfort for the family by sending flowers or planting a tree in memory of Dr. Marlegrecy N'Ovec Ed.D.

Print
Marlegrecy N’Ovec entered eternal life on November 17, 2019. Over her 81 years, she went by many names, including Thelma, T.G., May, T-May, Marle, and Mercy. Marlegrecy leaves behind a legacy of love, kindness, generosity, and wisdom.

... Read More
Marlegrecy N’Ovec entered eternal life on November 17, 2019. Over her 81 years, she went by many names, including Thelma, T.G., May, T-May, Marle, and Mercy. Marlegrecy leaves behind a legacy of love, kindness, generosity, and wisdom.

Born in Mandeville, Jamaica, on September 15, 1938, to Mabelle Sloly and Noel Green, Marlegrecy’s birthname was Thelma May. Growing up, she enjoyed singing, dancing, playing outdoors, attending church, and learning about Jamaica’s vegetation.

Marlegrecy dreamed of becoming a teacher. She attended and then taught at Church Teachers College in Jamaica. She later immigrated to the U.S., where she continued teaching. Marlegrecy attended some of the country’s finest schools, including Bank Street College of Education, Columbia Teachers College, and Columbia University, where she earned her Doctorate in Education.

While living in New York, Marlegrecy met and married Lindbergh Kingsley Linton, known as Earl. Together, they had three children. After his passing in 1980, Marlegrecy moved with her three children to Florida, where she later married Floyd Dorsey.

Marlegrecy’s life mission was to be an educator. Under that umbrella, she took on many roles: teacher, professor, tutor, counselor, writer, advisor, advocate, speaker, author, editor, family educator, Christian Witness, friend, field worker, seminarist, intercessor, life coach, and more. The uniting thread is that Marlegrecy lived a life of serving others.

Marlegrecy called herself a “citizen of the world.” She answered the call to make “disciples of all the nations” by traveling to China during the summer of 1995. That trip cemented a love affair for the people of China and Hong Kong — a passion born in Jamaica. Marlegrecy went on to reside, teach, and spread the gospel in China and Hong Kong.

While in Hong Kong, she suffered two ruptured brain aneurysms, from which she recovered. That experience inspired her name change to Marlegercy — a combination of “mercy” and “grace,” which she felt God showered on her by sparing her. She chronicled her life and experience with aneurysms in her book, “Double Miracles.”

Marlegrecy’s impact on others spans decades and continents. Her passing will continue to be felt deeply by her family, friends, acquaintances, and even by those she encountered only once.
Read Less

To send flowers to the family or plant a tree in memory of Dr. Marlegrecy N'Ovec Ed.D., please visit our Heartfelt Sympathies Store.

Receive notifications about information and event scheduling for Dr. Marlegrecy

We encourage you to share your most beloved memories of Dr. Marlegrecy here, so that the family and other loved ones can always see it. You can upload cherished photographs, or share your favorite stories, and can even comment on those shared by others.

Posted Dec 04, 2019 at 12:12pm
Mercy has been a ray of sunshine in the lives of many. Her delightful demeanor and wealth of knowledge provided a life-line to many who struggled with issues of all kinds. She had a "green thumb" and delighted in planting and caring for trees and shrubs. She valued life in every form. Her appearance was always impeccable and her fine taste in attire was hard to miss. She was a rose in bloom who had no other desire than to be... to be thankful for the blessings she received throughout her life. I am eternally grateful to have shared a small part of her life, here in Southwest Florida. She will be greatly missed but never forgotten. We love you, Mercy! 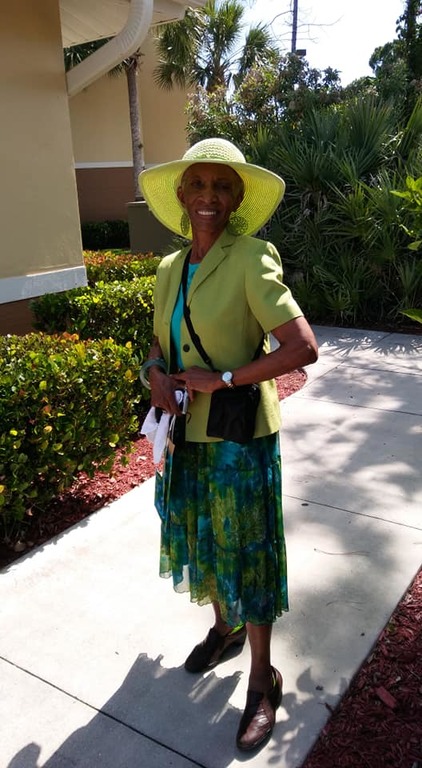