To share your memory on the wall of Myrtle McLennan, sign in using one of the following options:

Provide comfort for the family of Myrtle McLennan with a meaningful gesture of sympathy.

Myrtle was raised by Mrs. Lindsay, affectionately known as Maawy. Their lives were centered around each other. Myrtle always referred to her as her grandmother. As Maawy aged, Myrtle single-handedly took care of her until she passed.

Myrtle was affectionate, kind, and loving. She loved to sew and crochet, and was very proud of her ability to make her own garments.

Myrtle abruptly ended her years of service as a pharmacist at CVS, and took an early retirement so she could take care of her loving husband Lascelles, who was ill. Myrtle departed this life on December 17, 2019.

She was predeceased by her father, Albert Samuels; mother, Ivy May McGibbon; and stepfather, Richard Augustus McGibbon.

May her soul rest in peace.
Read Less

We encourage you to share your most beloved memories of Myrtle here, so that the family and other loved ones can always see it. You can upload cherished photographs, or share your favorite stories, and can even comment on those shared by others. 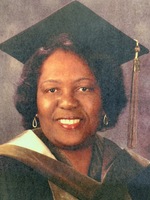