To share your memory on the wall of Robert Hall, sign in using one of the following options:

To send flowers to the family or plant a tree in memory of Robert L Hall Sr., please visit our Heartfelt Sympathies Store.

Receive notifications about information and event scheduling for Robert

You will receive any future notification messages.
Print

We encourage you to share your most beloved memories of Robert here, so that the family and other loved ones can always see it. You can upload cherished photographs, or share your favorite stories, and can even comment on those shared by others.

Posted Mar 29, 2020 at 01:49am
My condolences to the family of Mr. Robert Hall, Sr. I respected him for his many accomplishments. RIP my Masonic Brother.
Sister Crystal Roberson Pressey
Comment Share
Share via:
M

Posted Mar 27, 2020 at 01:47pm
Robert your foot steps stopped here on earth..now my friend you're ready to walk that pathway to Heaven...Take your rest ❤
Mary
Comment Share
Share via: 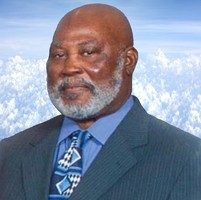