To share your memory on the wall of Roger Barker, sign in using one of the following options:

Provide comfort for the family of Roger Barker with a meaningful gesture of sympathy.

In 2002, Roger married the love of his life Shirley-Ann Geddes,
and in 2003, they were blessed with their first child, Jessica. Three
years later, they welcomed their son, Joel. This, however, motivated
him to pursue other business ventures. Roger then acquired his
first restaurant, Aquaria, a Jamaican and Chinese Cuisine Sports
Lounge. Later, in 2007, he owned and operated Jessie’s Restaurant
and Bar. Roger then migrated to the United States in 2010. While
here in the United States, he was famous among his family and
friends for cooking delicious meals whenever anyone would visit
his home. He was that one person family and friends could call
on for help, and he would be there to assist in whatever way he
could.

Roger lost his father to chronic illness in 2016, and one
year later, he found out he was ill himself. Roger fought his battle
for three years and lost his battle on Friday, April 3, 2020. Roger
will be sadly missed by: his wife, Natalie; daughter, Jessica; son,
Joel; mother, Eslyn; sister, Annika; in-laws; and a host of other
family members and friends.
Read Less

To send flowers to the family or plant a tree in memory of Roger Barker, please visit our Heartfelt Sympathies Store.

Receive notifications about information and event scheduling for Roger

We encourage you to share your most beloved memories of Roger here, so that the family and other loved ones can always see it. You can upload cherished photographs, or share your favorite stories, and can even comment on those shared by others. 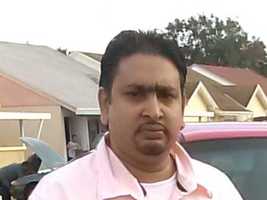