To share your memory on the wall of Chantel Cloutier, sign in using one of the following options:

It is impossible to capture a person in an obituary, and especially someone whose adult life was largely defined by drug addiction. To some, Chantel was just a junkie — when they saw her addiction, they stopped seeing her. And what a loss for them. Because Chantel was hilarious, and warm, and fearless, and resilient. She could and would talk to anyone, and when you were in her company you wanted to stay. In a system that seems to have hardened itself against addicts and is failing them every day, she befriended and delighted social workers, public defenders and doctors, who advocated for and believed in her 'til the end. She was adored as a daughter, sister, niece, cousin, friend and mother, and being loved by Chantel was a constantly astonishing gift.

As a young child, Channy was filled with curiosity and a great sense of humor. She was bright, sensitive, smart, kind, and charming. She spent a lot of time swimming at Arnty Rose and Uncle Jim’s house and playing badminton at family cookouts. Chantel always loved any type of animal, especially dogs. You could always catch her snuggling with her precious dog Toby. Chantel was always known as the life of the party and could brighten up anyone’s day with just a simple smile.

Her body was strong and capable, and she took pride in the tattoos that adorned her skin as displays of her beliefs, her origins, and also her past transgressions. She loved nothing more than being overly comfortable in her sweats and sweatshirts always topped off with her hoop earrings and completed with a pair of Nikes or Jordans and a fresh set of nails. Chantel shared a special bond with her younger sister over both of their love for the beach, music and coloring. She had also been working her steps within the NA program and doing everything in her power to succeed in life. For the past two years, Chantel spent almost every weekend with her baby girl, mother and younger sister. During these visits there were so many crying sessions, laughs, jokes and memories that were always accompanied by a Red Bull energy drink. These times were especially important for her and her mother because during this time they were able to mend their past and begin a new and healthy relationship.

Chantel loved her family and the world. But more than anyone else, she loved her daughter, Adalynn, who was born in 2018. Chantel used to always say, “My heart lives outside of my body” because of her daughter. When she first found out she was pregnant she was in a dark place and was completely terrified. After giving it some thought she realized that there had to be more to life than what she was doing. She would also always say how her daughter was brought into her life at a time when she needed it the most.

After having Adalynn, Chantel tried harder and more relentlessly to stay sober than we have ever seen anyone try at anything. But her addiction stalked her and stole her once again. Though we would have paid any ransom to have her back, any price in the world, this disease would not let her go until she was gone. She ultimately lost custody of her daughter, a loss that was unbearable. This is when Samantha came into our lives at Adalynn’s early age of 2 months old. This woman and her husband have been nothing but a blessing for our family. The endless love and support they have given is something we will always cherish and be thankful for. The moment her daughter was taken away from her, she knew she needed to turn her life around once again so she could get her baby girl back. And that is exactly what she did. The past year and a half is the best Chantel has ever lived.

We take comfort in knowing that Chantel is surrounded by light, free from the struggle that haunted her. We would have given anything for her to experience that freedom in this lifetime. Our grief over losing her is infinite. And now so is she.
Read Less

To send flowers to the family or plant a tree in memory of Chantel Cloutier, please visit our Heartfelt Sympathies Store.

Receive notifications about information and event scheduling for Chantel

We encourage you to share your most beloved memories of Chantel here, so that the family and other loved ones can always see it. You can upload cherished photographs, or share your favorite stories, and can even comment on those shared by others.

Shirley Henriquez, The Skuza Family, and other have sent flowers to the family of Chantel Cloutier.
Show you care by sending flowers

Posted May 19, 2020 at 02:40pm
To Chantel's family: My deepest condolences . You are in my thoughts and prayers. From: Adalynn's preschool teacher.

Posted May 18, 2020 at 05:15pm
I met Chantel a couple of years ago.. In the last 4 months became good friends.. We would go to Dunkin’ Donuts in the morning and they would always get our order wrong .. We said we never go again but we did and again they got it wrong.. Do our Sunday run to Walmart.. in her last days she was so excited about her “Bigger Frig” she said “Now I can get real food” .. we laughed so much listening to Power 96 - “This is Carmen” .. Those memories are forever embedded in my thoughts ... Chantel you were a great mother & friend.. I’m grateful I was part of your life & you got to meet my daughter, Aniya.. I love you! Fly high!!
Comment Share
Share via:
TF

The Skuza Family purchased flowers for the family of Chantel Cloutier. Send Flowers

Posted May 18, 2020 at 11:54am
There are not enough words to describe how much you will be missed Channy. Sending comfort, strength, and love to your family. Rest In Peace Love. 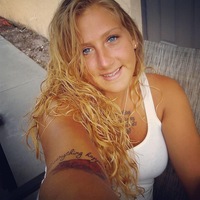