To share your memory on the wall of Mary Royster, sign in using one of the following options:

Print
Mary Nell Royster, was born on
October 5, 1936, to Lillie Mae
Walker and Charlie Jones. She had
two siblings, Calvin Jones, Sr., and
Martha Ann Daughtrey, all who
preceded her in death.

She was educated in t... Read More
Mary Nell Royster, was born on
October 5, 1936, to Lillie Mae
Walker and Charlie Jones. She had
two siblings, Calvin Jones, Sr., and
Martha Ann Daughtrey, all who
preceded her in death.

She was educated in the Morgan
County Georgia School system. She
was united in holy matrimony to
Owen Royster, Sr., in 1949. Later,
she moved to Fort Lauderdale,
Florida. She had seven children. Five survived, and two
preceded her in death: Yvonne Davis and Darin Davis.
Mary Nell Royster was employed by Creighton Restaurant
for 28 years. She was a member of Bethel Missionary
Baptist Church, where she served faithfully for 30 years.
Mary Nell Royster was a loving and devoted wife, mother,
and friend to all ho knew her.

To send flowers to the family or plant a tree in memory of Mary N. Royster, please visit our Heartfelt Sympathies Store.

Receive notifications about information and event scheduling for Mary

We encourage you to share your most beloved memories of Mary here, so that the family and other loved ones can always see it. You can upload cherished photographs, or share your favorite stories, and can even comment on those shared by others. 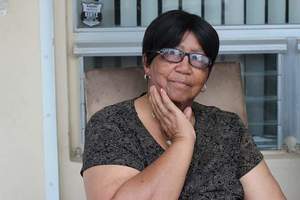