To share your memory on the wall of Leonard Bain, sign in using one of the following options:

In his younger years, his parents moved both of the children to Lawnside, NJ where they would spend most of their adolescent years. Despite any of Leonard’s physical short comings, he lived a joyous and full life.

Later in life, he would return to the state of Florida with both his Mother who pre-deceased him & brother Eugene. Eugene makes a point that, “Leonard was always loved by anyone that came in contact with him.” Due to life’s circumstances Leonard was living in a group home for a short while, and then on his own at Tanglewood Apartments. It was here that he met his first wife in 2001, Joanna, who he would divorce in 2002. A blessing in disguise that was presented as the misfortune of being struck by a car, proved how tough he was & left him in the hospital for a few months, but after healing, made it possible for him to purchase his own house in Okeechobee. Leonard would surprise others with loving gestures and the extent of some of the activities that he found himself involved in. Much of Leonard’s life was filled with his love of music & if you knew of him he would proudly tell you that he was also known as “DJ Bain”, & was ready & available to DJ at anyone’s functions.

A large part of his later life was spent in the care of Vernon Harrison who not only served as his care provider, but who he loved like a brother. The two of them would frequent the flea market, Walmart, Special Olympics, & Disneyland which filled Leonard with so much joy. Vernon & Kila Perez dedicated much of their time to make sure that Leonard was on track with life and that he had all of his DJ equipment in order. Kila, would also go the extra mile to organize Christmas parties where he could wow everyone with his DJ skills.

As recent as 6 years ago, Leonard connected with his sister from his Father’s side of the family, Cornetta Bain. The 2 of them found great fun in spending time together and he was in a constant state to remind her that he was her “Big Brother”& how he loved being at her house. He was determined to get her to take him to the Swap Shop (Ft Lauderdale Flea Market) & would y’all her into spoiling him.

His most recent ambition was to reach the Philippines, to marry Ellen (Asha) who had met online & with whom he was very much in love. Sadly, he became ill and passed before this could happen. Leonard was also predeceased by his Father, but leaves behind his siblings: Rueben & Eunice Misick, Eugene, Cory, Cornetta, Copeland, & a host of Uncles, Aunts, & cousins.

The most beautiful thing to know about Leonard is that he had so much love in his heart & he was given a gift that did not allow him to remember the bad in people. All he knew was love & forgiveness.
Read Less

To send flowers to the family or plant a tree in memory of Leonard Bain, please visit our Heartfelt Sympathies Store.

Receive notifications about information and event scheduling for Leonard

We encourage you to share your most beloved memories of Leonard here, so that the family and other loved ones can always see it. You can upload cherished photographs, or share your favorite stories, and can even comment on those shared by others.

Posted Sep 24, 2020 at 04:13pm
We all will miss you Leonard as we call toot...you was very Deeply on my mind I had ben calling for the past few months Leonard was a wonderful Nephew I loved him and his Aggravation Uncle joe from Tallahassee Florida will miss you very much RIP you are with other family members in heaven AMEN
Comment Share
Share via: 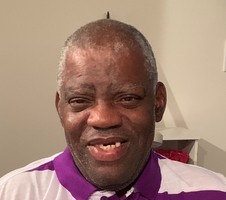