To share your memory on the wall of Lionel Brown, sign in using one of the following options:

To send flowers to the family or plant a tree in memory of Lionel Brown, please visit our Heartfelt Sympathies Store.

Receive notifications about information and event scheduling for Lionel

We encourage you to share your most beloved memories of Lionel here, so that the family and other loved ones can always see it. You can upload cherished photographs, or share your favorite stories, and can even comment on those shared by others.

Posted Sep 26, 2020 at 12:39pm
Aunt Enid, Wayne and I would once again like to share our condolences on the passing of your husband, our Uncle Bish, your friend, partner and companion these twenty-one plus years. You were truly the love of his life. We know you will miss him in the days, weeks, months and years ahead. However, remember that the Lord whom you have come to know and serve will never leave you nor forsake you and will always be there when you need a shoulder to lean on. He will see each tear you shed and will lovingly and tenderly wipe them away. Tony (Denise), Earl (Patti), Andrew, Audette, Vinette, Barbara and lastly, but not the least, Patricia, who we will never forget and sincerely thank you, we extend our condolences and love to you all again. Wayne and Jean Martin.
Comment Share
Share via: 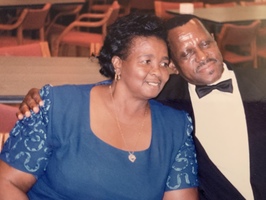 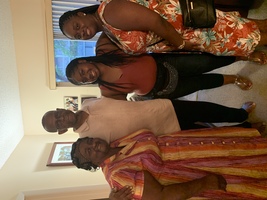 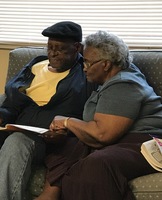