To share your memory on the wall of Mother Lue Bean, sign in using one of the following options:

Print
Lue Lillian Cooks Bean was born February 9, 1928 in Madison, Florida to
the late Wilton and Gertrude Cooks. She was the eldest of four children.

She was educated in Madison, Florida.

On December 20, 1947 she was marrie... Read More
Lue Lillian Cooks Bean was born February 9, 1928 in Madison, Florida to
the late Wilton and Gertrude Cooks. She was the eldest of four children.

She was educated in Madison, Florida.

On December 20, 1947 she was married to Henry Bean. Their marriage
produced six children: Henry, James, Inez, Michael, David and Tracy.

She worked as the cafeteria manager of Carver Community Middle
School for 35 years retiring in 1988.

She was converted at an early age being baptized at High Antioch AME
Church. She joined St. Paul AME church when she moved to Delray Beach
and served on Stewardess Board #3 and on the Usher Board. She later
moved her membership to Redemptive Life where she has served as
Church Mother.

On Thursday, October 29, 2020, God called her home to her eternal rest.
She touched the lives of everyone who passed her way and we have been
blessed to have her as our mother.

She is preceded in death by one brother: Wilton Jr., and two sisters: Mae
Frances and Geneva, her grandson Cameron and her beloved daughter
Inez.

To send flowers to the family or plant a tree in memory of Mother Lue Lillian Bean, please visit our Heartfelt Sympathies Store.

Receive notifications about information and event scheduling for Mother Lue

We encourage you to share your most beloved memories of Mother Lue here, so that the family and other loved ones can always see it. You can upload cherished photographs, or share your favorite stories, and can even comment on those shared by others.

Mrs. Marie Thompson and Family, The Bean Family, and other have sent flowers to the family of Mother Lue Lillian Bean.
Show you care by sending flowers

We had a wonderful aunt,
One who never really grew old;
Her smile was made of sunshine,
And her heart was solid gold;
Her eyes were as bright as shining stars,
And in her cheeks fair roses you see.
We had a wonderful aunt,
And that’s the way it will always be.
But take heed, because
She’s still keeping an eye on all of us,
So let’s make sure
She will like what she sees.

Posted Nov 05, 2020 at 11:14am
Our heartfelt sympathy to your family from the Mullinax group of West Palm Beach

Flowers were purchased and a memorial tree planted for the family of Mother Lue Bean. Send Flowers

Posted Nov 04, 2020 at 09:56pm
Condolences to the Bean Family. May God bless and keep you in your time of need. Sending love from The Barnett Family. Dan, Sophia, and Savannah
Comment Share
Share via:
E

Posted Nov 04, 2020 at 08:41pm
With deepest sympathy, we are thinking of you during this difficult time. From Phil & Earlene; Carlos & Ruth; Roberta; Hurthessia; Lisa

Flowers were purchased for the family of Mother Lue Bean. Send Flowers 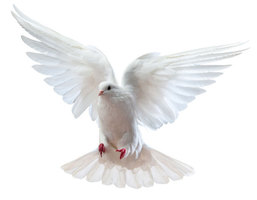 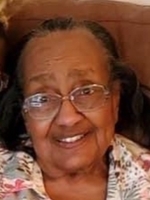 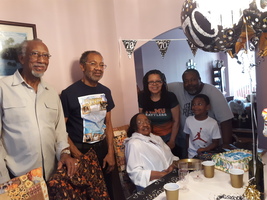 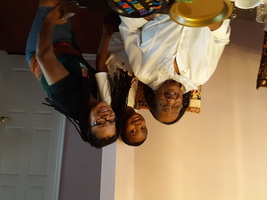