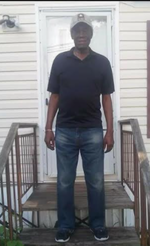 Deacon Charles Wesley McKinnie, age 76, of Quitman,
Georgia, departed this life to be with the Lord on
Wednesday, November 4, 2020, while in the company
of family and friends. He was born on June 25, 1944, in
Quitman, Georgia, to the late Frank and Lula McKinnie.
Deacon McKinnie gave his life to Christ at a very young and
tender age. He enjoyed singing, preaching, and teaching
the word of God. He later joined Mount Hope Missionary
Baptist Church of Quitman, Georgia, where he became the
deacon of the church.

In the summer of 2018, Deacon McKinnie reunited with his
children in Fort Lauderdale, FL. He enjoyed spending time
with his children, grandchildren, and great-grandchildren.